You’re Invited to the Next Olympic Games

You’re Invited to the Next Olympic Games – Imagine That! 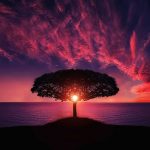 Welcome to America’s home for inspiration. Did you enjoy the Summer Olympics?  Like all world-class contests, the 2016 Summer Games in Brazil delivered us a new roster of heroes – and sheroes!

Gymnast Simone Biles is one of those sheroes whose already iconic performance is a special invitation for any athlete of any background to set their own path toward the 2020 Olympics.

Composed, yet natural, and sharply focused, Biles did more than win – the innovative gymnast ruled the Games with five medals, four of gold… THE GOLD of  every athlete’s dreams. Yet, the road to glory was not paved with gold for the petite powerhouse with the signature move and the winning smile. Born to a drug-addicted mom who then gave her up, Biles and her sister were adopted out of Foster Care by their grandparents. As children of troubled parents, it’s essential to know that we are not our parents. Instead, we’re becoming our own true selves.  Regular sessions with renowned sports psychologist Dr. Peter Terry each begin with Biles being asked to visualize a specific competitive goal.

Soviet athletes put organized visualization on the map 40 years ago, exporting the method along with spectacular Olympic performances. In the USA, upstart tennis star Billie Jean King was an early adopter, besting tennis champion Bobby Riggs in a well-publicized 1973 grudge match. Decades later, golf legend Jack Nicklaus remarked, “I never hit a shot, not even in practice, without having a very sharp in-focus picture of it in my head.” Tiger Woods must have been paying attention, because he, too, employed detailed imagery to drive his success, since his early teen years. Champion boxer Muhammad Ali took visualizing success to a new level, and became known as much for his winning words as for his “float-like-a-butterfly-sting-like-a-bee” boxing style, famously declaring, “I am the greatest” at every opportunity.

“There is an external and internal reality.  Your eyesight processes what is on the outside. Worldliness.  Your mindsight processes what is on the inside.  Limitlessness.  The world may tell you that you can’t, won’t, or shouldn’t.  Don’t listen to the world.  Listen to the quiet voice within you.  You can.  You should.  You will.  If you can see it in your mindsight, then you can achieve it.  Mindsight is far more powerful than eyesight.”

Huge challenges can occur anytime in life, but they need not derail your vision. Gymnast-turned-freestyle skier Emily Cook showed us how to hold onto an Olympic dream when, despite suffering two broken feet just days after making the 2002 Olympic Team, she then gave her diligence to rehabilitation, enabling her to deliver that same champion spirit to the Olympics, winning aerialist Gold in 2006, 2010 and 2014.

In Russia– where organized athletic visualization all began –Cook happily described the state of motivational imagery displayed amongst the Olympic hopefuls at Sochi as “ridiculous,” saying, “We’re all up there flapping our arms. It looks insane, but it works.”  For imagery to craft success, Cook advised, you have to go all out, remarking “You have to smell it… hear it. You have to feel it, everything.” The free-styling champion takes us beyond visualization to total imagery in this New York Times video.

Determined athletes and winners like Biles and Cook invoke one thought in the minds of true athletes:

Could it be a lack of effective tools?  Reclaiming your own two feet and beyond, like Cook, or vaulting from endangered infant to winning Olympic Gold, like Biles, requires peak performance and 20/20 vision – the kind of vision that sees yourself in the winner’s circle, whether on a sports field, leading a classroom/school, in a business, or when facing any challenge.

In The Champion’s Mind: How Great Athletes Think, Train and Thrive, Dr. Jim Afremow advises,“Think gold and never settle for silver.” Afremow extends the acronym “GIGO” to stay on track, meaning “gold in, gold out.” You get out what you put in, so set your inner dialogue on GOLDEN.

Another Olympic Gold shero, tennis superstar Venus Williams, has newly reported to Vanity Fair Magazine that her “Training Secret” is “mental training and visualization.” Just think of practicing visualization as brain training. Current brain research demonstrates that our brain reacts as much to thought as to action, possibly more. Our mental imagery effects every cognitive process, and so our physical abilities. A steady visualization practice can truly elevate every aspect relevant to your success.

Dr. Watson’s Tips To Get You Ready for YOUR Next Olympic Endeavors:

I look forward to seeing and hearing about how you rose to the occasion and won goal in your own life and maybe we will see each other in 2020 for the Tokyo Summer Olympics!

I look forward to being your next SPEAKER and/or COACH. Until then, it’s adeus to Rio and Gannbatte in Tokyo!  -Dr. Tommy Watson