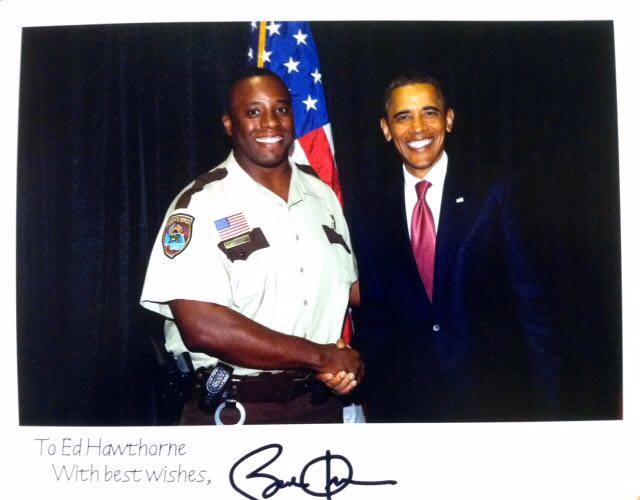 Legendary defensive lineman Ed Hawthorne faces the most aggressive opponent of his life, on or off the football field. As fans of the former University of Minnesota Golden Gopher and Miami Dolphin have long witnessed, Ed knows when to keep his shoulder down, his spirit up and, of course, how to plow through whatever obstacle presents itself – even when the challenge comes from within.

26 million American adults have kidney disease – and most don’t even know they’re afflicted, according to research cited by the National Kidney Foundation; African-Americans then face triple the likelihood of kidney failure, compared to Caucasians, and “men with kidney disease are more likely than women to progress to kidney failure.” 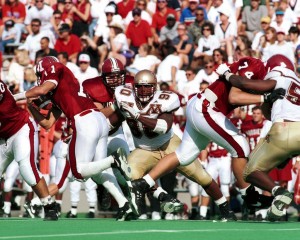 Already diagnosed at stage IV of kidney disease, odds are that Ed will face even greater challenges to his health in the months and years to come. And, like most of us, the former defensive tackle is no stranger to wanting to quit in the face of trouble, admitting that, “freshman college was the hardest… I wanted to go home, but my dad said, ‘No way… it’s going to make you a better person later on,’ so I stayed… and he was right.”

Ed was encouraged by “my dad’s own story of how he’d finally stood up and fought a bully as a kid; even though he’d lost, the bully had left him alone after that.” Back at school, Ed faced down the bully then tormenting him, recalling that “finally, I’d challenged him and– instead of fighting –he threw his arm around my shoulder and said, ‘let’s keep it on the football field.’ He and I both became better players for it… and still have a good relationship today.” Later named All-Big Ten first team by the Miami Dolphins, Ed’s courage and determination clearly paid off. 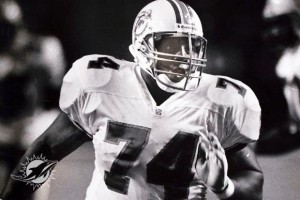 Facing down a bully illness isn’t what motivated Ed’s recent public disclosure of  kidney disease, though. He’d be unlikely to tell anyone this himself, but “Dr. Inspiration” Tommy Watson remembers when, in 1994, Ed Hawthorne was formally awarded for “Unselfishness” by their shared alma mater’s University of Minnesota Golden Gophers. Ed hasn’t changed much over the years, still helping out everyone around him – he’s no different on that score today. In fact, putting a friendly face on the bullying illness while tackling stage IV kidney disease is exactly the kind of thing Ed would do.

Dialysis or transplant seem imminent for Ed Hawthorne. While educating himself as much as possible about kidney disease and its likely progression, Ed pays strict attention to diet and nutrition to help prepare his body and mind for what may lay ahead, and credits his wife of nearly two decades, Leshiang– “my rock of everything” –and his sons for helping and inspiring him to tackle the disease like a true champion. While his parents were each very supportive, even after divorcing, drawing on the strength of friends and family as an adult is a new twist and “learning to ask for help,” admits Ed, “is an on-going challenge.” 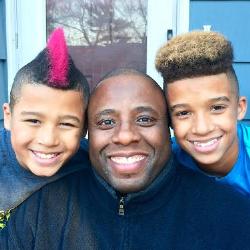 A typically private, helpful, go-to guy for anyone in need, Ed Hawhorne’s November announcement of his battle with kidney disease overwhelmed the donor bank at the University of Minnesota Medical Center within three weeks, when so many friends and fans called in offering to donate their own kidneys for transplant to Ed. Unfortunately, a match has not yet been found, but Ed remains hopeful.

Now an investigator and Sheriff’s Deputy, volunteer football coach and board treasurer for the OSSEO Football Association Ed Hawthorne has long considered the University of Minnesota Golden Gophers as family; so, following diagnosis, when self-doubt and fear began to grip Ed, “I went back home to the university that gave me my start… to the place I’m connected to. U of M coach Jerry Kill told me then,

‘I knew a guy that had kidney cancer.

They removed both his kidneys, cut out the kidney cancer,

put the kidneys back in, and he’s living fine today.’

“After he’d walked away, another coach then told me that it was Jerry, himself, who’d survived that ordeal. I was fully uplifted and motivated by his story. And, I felt an even deeper respect for him… he’d taken himself out of the equation, making the story anonymous, demonstrating his complete genuineness. That picked me right back up where I needed to be to face my own disease.” Ed adds that “meeting more people that have had transplants– sometimes for more than one organ –encourages me about my one anticipated transplant ahead.” 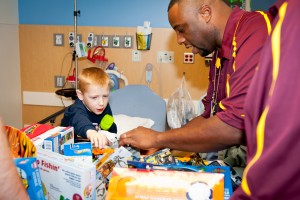 Sharing is caring, even for the toughest among us, and Ed is heartened by messages posted for him by well-wishers and hopeful donors on the Caring Bridge page LeShiang manages for him. Never one to receive more than he gives, or rest on his laurels; along with Matt Anderle and Rod Ganther, Ed Hawthorne joined Ryan Thorman’s charitable initiative as a founding board member of Gridiron Giving, which has became a fully non-profit organization. Together, these grand ‘old Gophers’ undertake bringing pediatric fun and games to patients at the Helen DeVos Children’s Hospital, adjacent to the University of Minnesota.

High blood pressure and diabetes are the two leading causes of kidney disease and every day another dozen people die waiting for a kidney transplant, according to the Organ Procurement and Transplantation Network of the U.S. Department of Health & Human Services. Ed Hawthorne hopes that everyone will educate themselves about the signs and symptoms of kidney disease, reduce their risk factors, and get tested if you think you may be at risk. 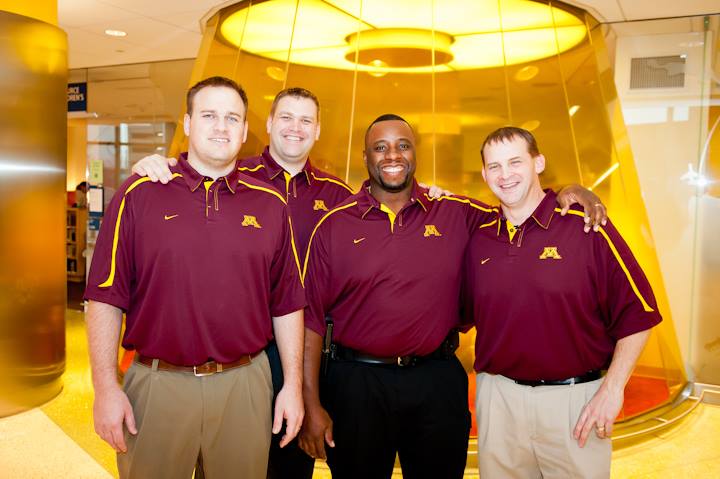 Kidney Disease Gets A Tough Opponent

Helping others learn to reduce risk and to seek help for a killer disease helps keep Ed bouncing back from the fear that sometimes threatens to sideline him. Learning to ask for assistance remains his greatest challenge, yet, beams Ed, “I was raised to always keep fighting for what’s right and for myself,

We’re talking your language, Ed, and, like all of your Golden Gopher family, have high hopes for your future health and happiness. Stay strong and live long, Ed Hawthorne – you inspire us all!